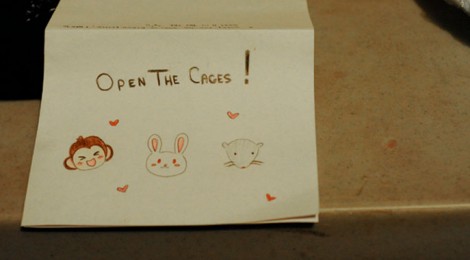 We got into Oakland about 2 hours before the screening was supposed to begin at the inspiring space that would be hosting us for the next two nights. For those of you who aren’t familiar, The Holdout is an amazing info shop and community space in downtown Oakland California. They had set up their sofas (and the now famous chair from the barricade made by activists during the move-in day protests at Occupy Oakland a few months ago, which they said mysteriously turned up in their space a few days after that stand-off) as well as all the chairs they had in the venue. At 5 minutes to 7PM nearly no one had arrived and we started to worry that no one was going to come to see the film, BUT WE WERE WRONG! Between 7:05-7:30 people started streaming into the space. Even after the film has started people were still filing in! By the time the first act had finished about 50 people had made their way in, all the chairs were in use and it was standing room only! 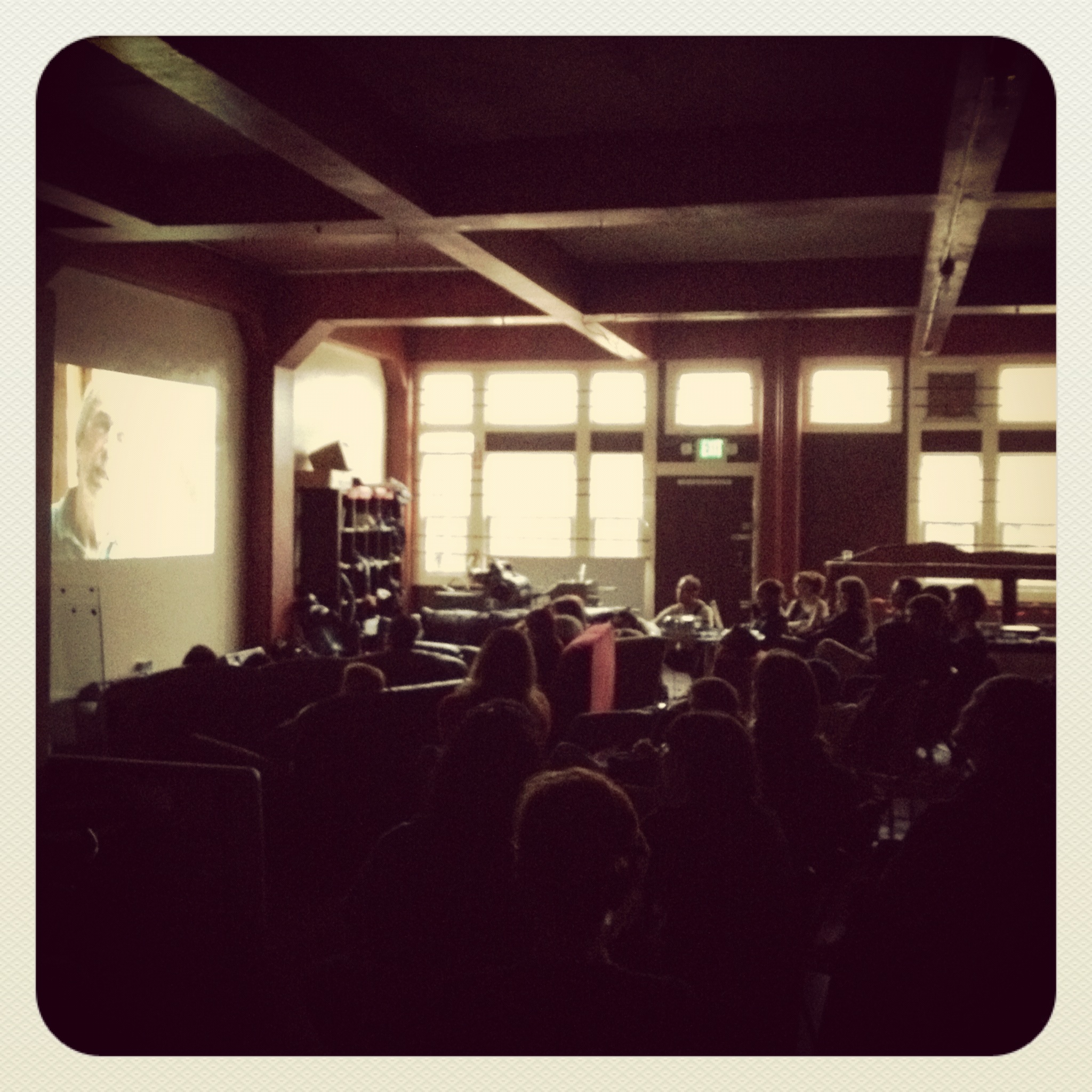 This was by far our best attended screening and the crowd was super responsive! The Q and A went on for almost half an hour, and we were asked questions that no one had asked throughout all our previous dates. We sold a lot of posters and t-shirts and everyone was so incredibly friendly. We were so thankful to have made it to such a lovely spot. 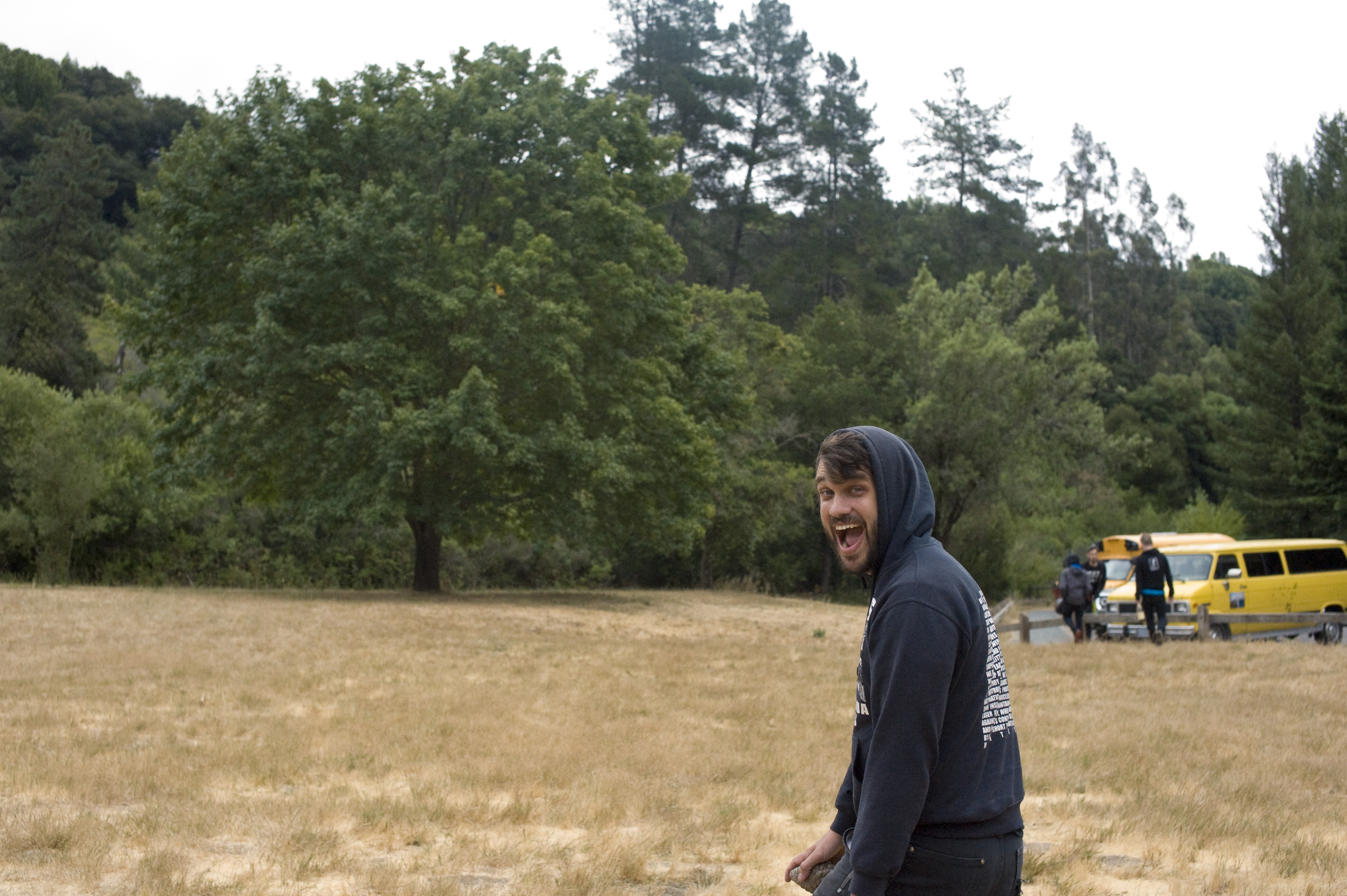 The next day after getting some good vegan grub downtown and taking some pretty sweet van-naps, we got ready for the music event. Not as well attended as the screening, the music event has a small crowd of pumped locals who came out. People were so kind to us, one person even brought us home-baked vegan cookies with a hand-drawn card (that featured monkeys and bunnies and other typical lab animals!) everyone devoured the cookies and we felt the love for sure. 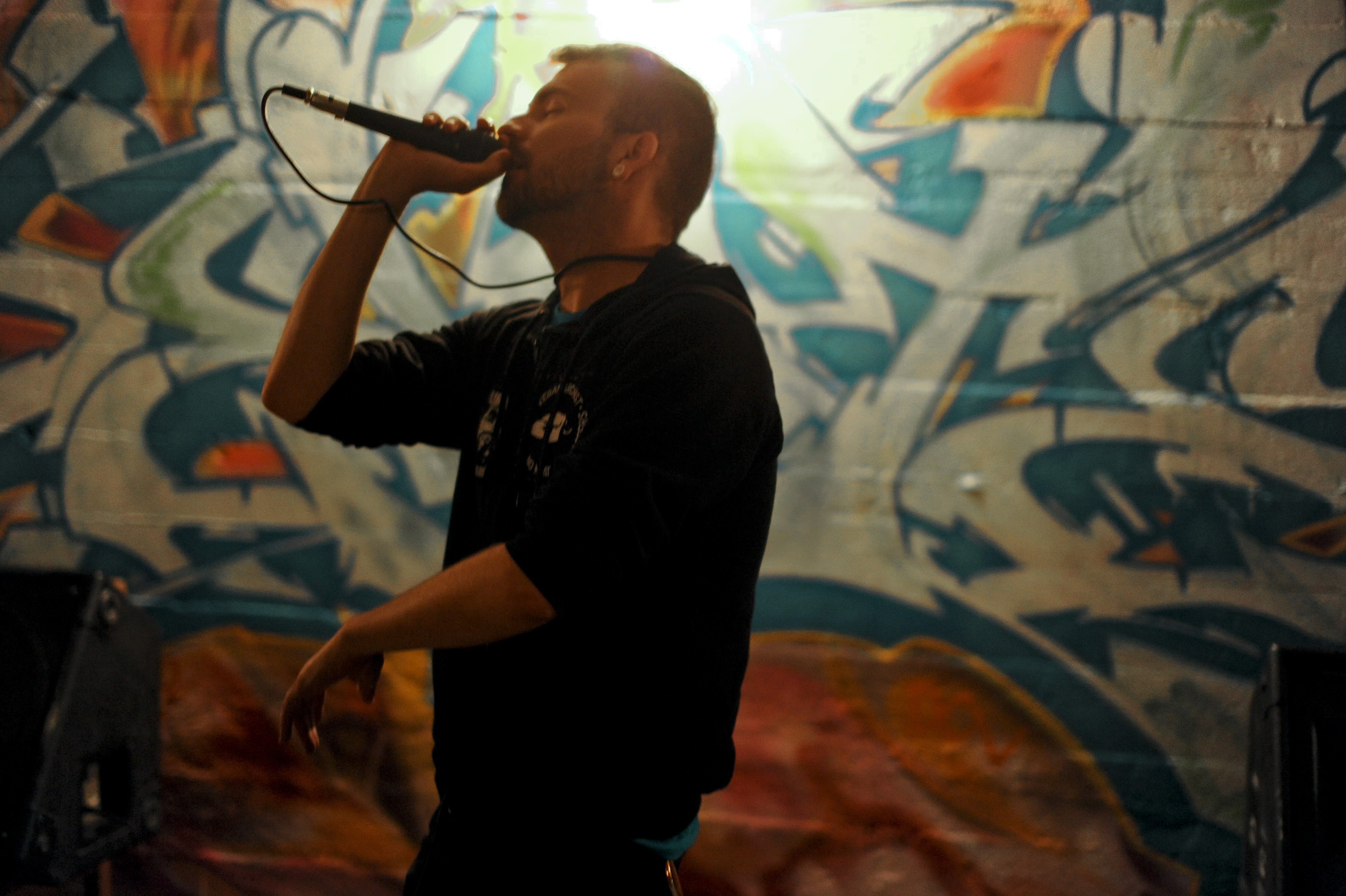 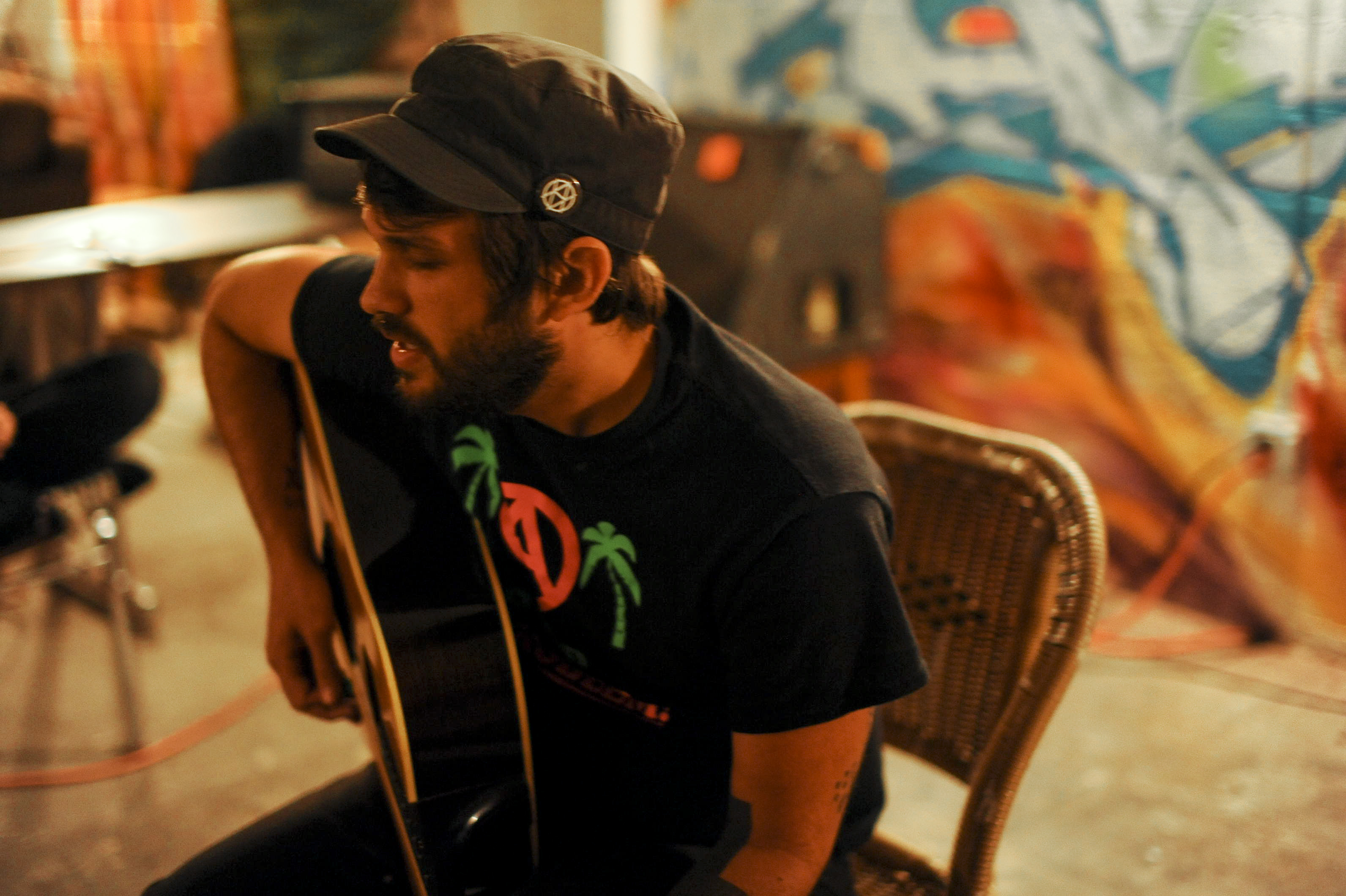 There was no demonstration in Oakland due to schedule constraints, but the activists there are fully capable of holding it down regardless, so we look forward to hearing about what they get up to! After saying goodbye to a number of new friends and some warm hugs and a restocking of vegan snacks for the road we were on our way to Sacremento/Davis! 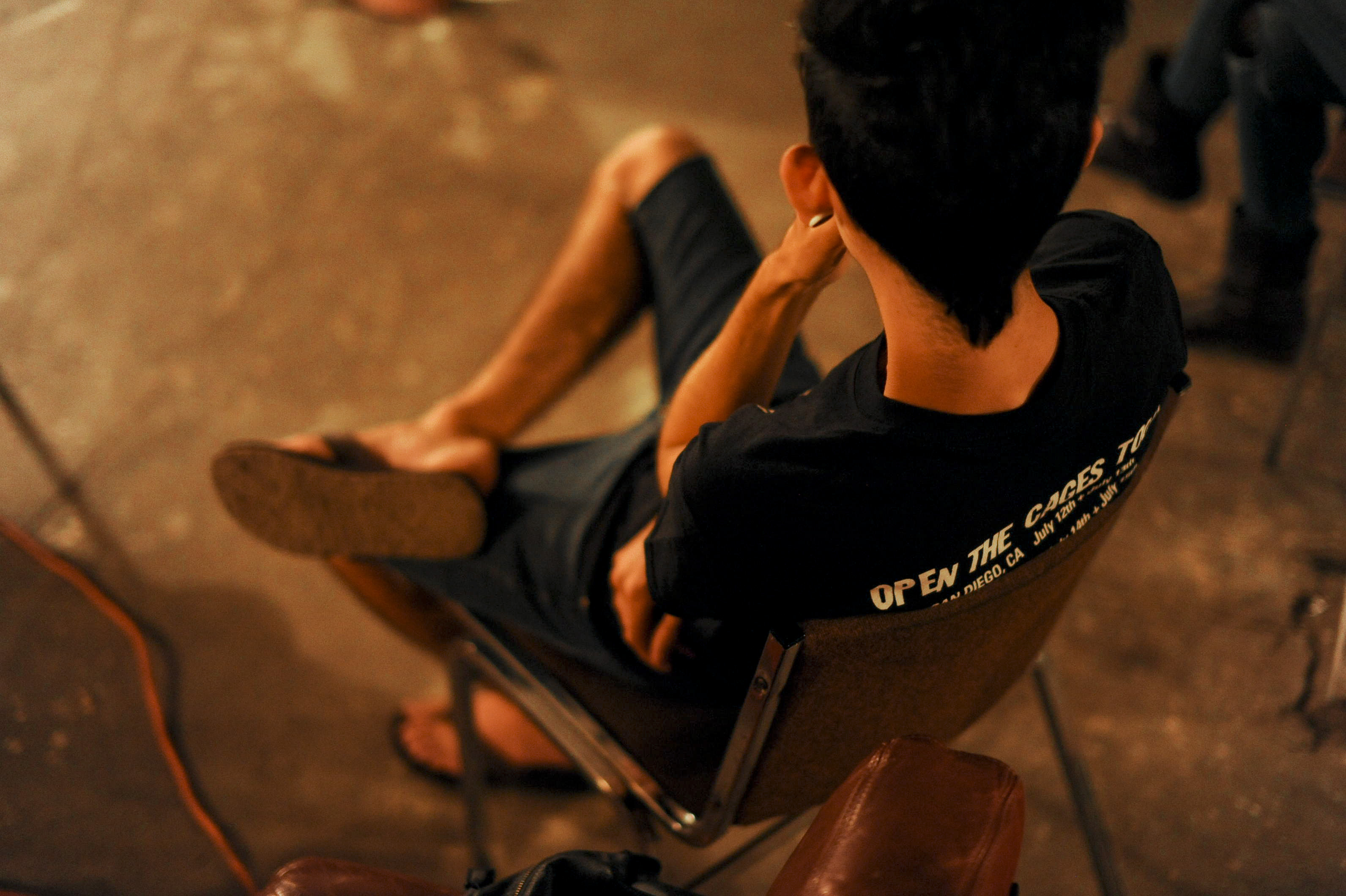 If you came to the screening or to the music event (or if you were the person who baked us cookies!!) THANK YOU! We loved our time in Oakland and we were so stoked to have spent two awesome days kicking it in your city.