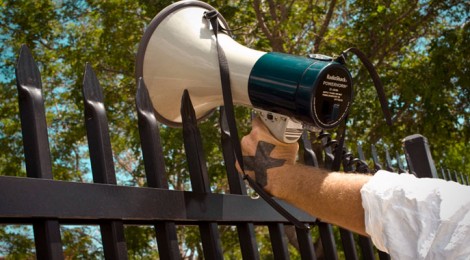 RENO!! Where do we begin?

Before our dates we had 2 days off which we mostly spent swimming in lake Tahoe, hanging around in downtown reno, eating thai food and a really special afternoon at Cock-a-doodle-moo Farm Animal Sanctuary (where we ate enough watermelon and chili to be full for DAYS!!) Our gracious hosts introduced us to all their beautiful animal companions and told us their individual stories, and we met two of the BIGGEST Turkey’s any of us had ever seen!! 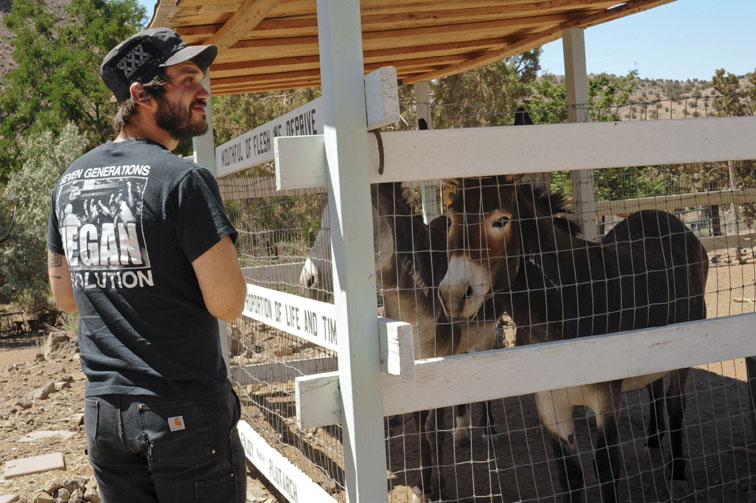 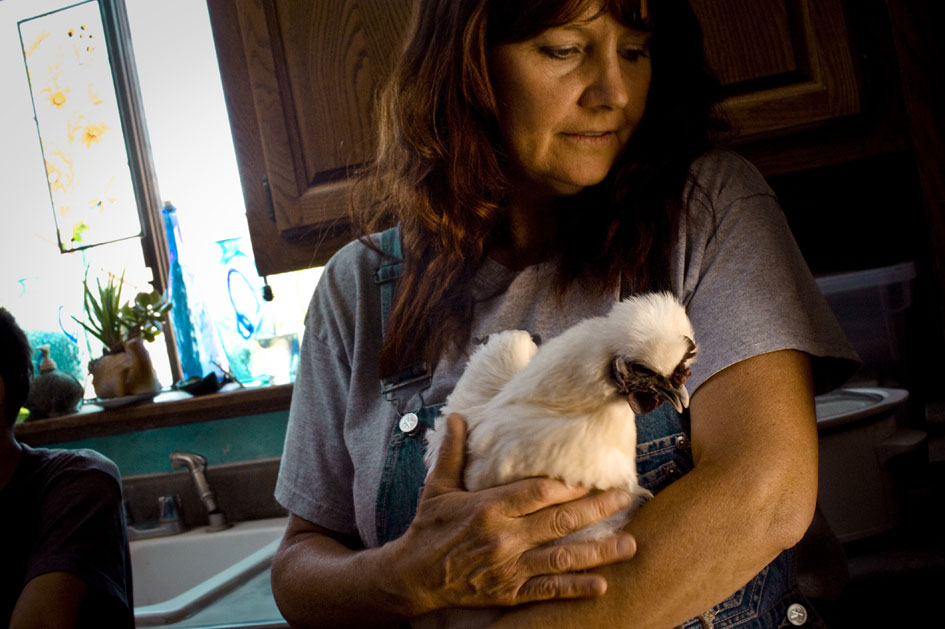 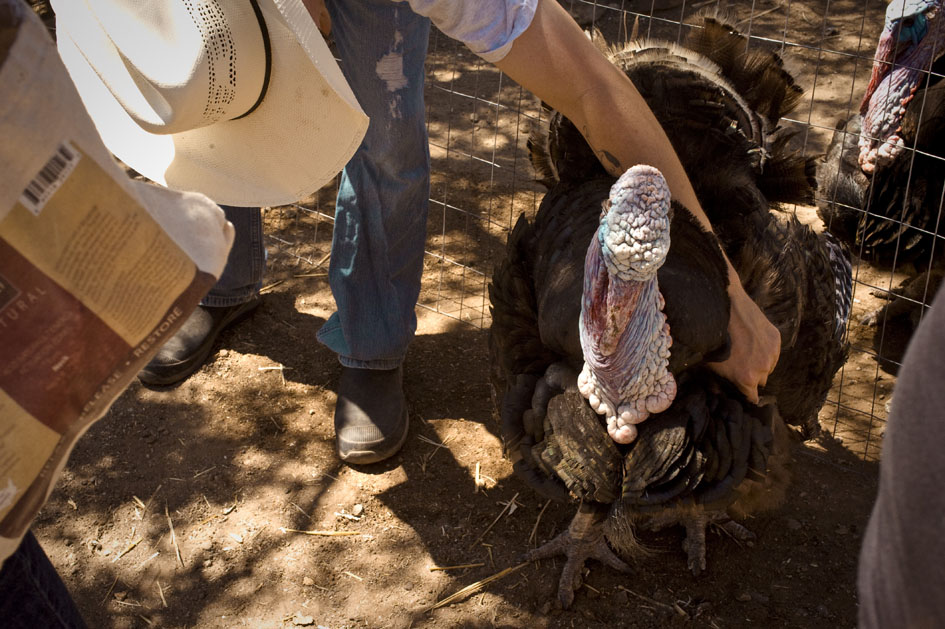 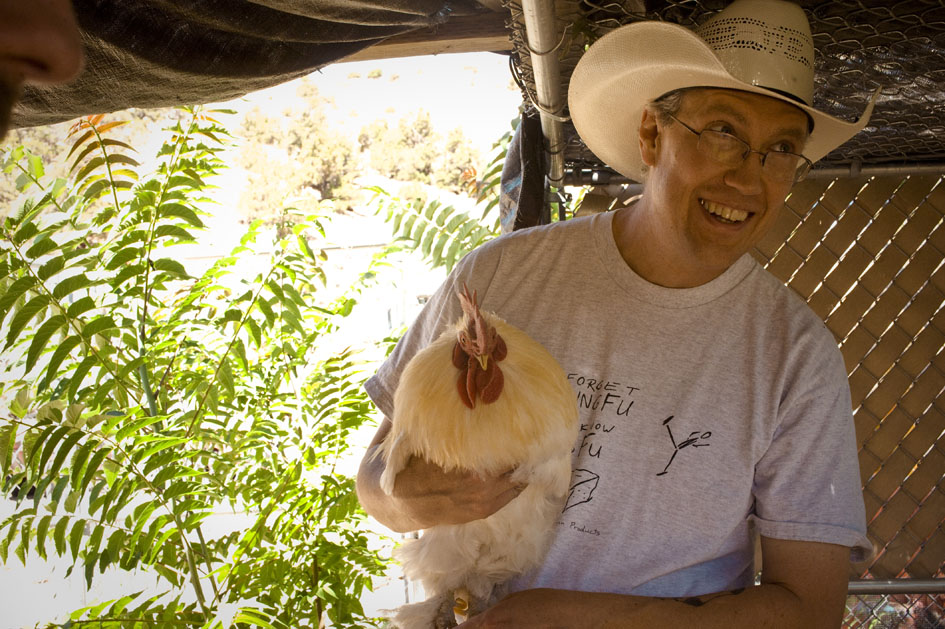 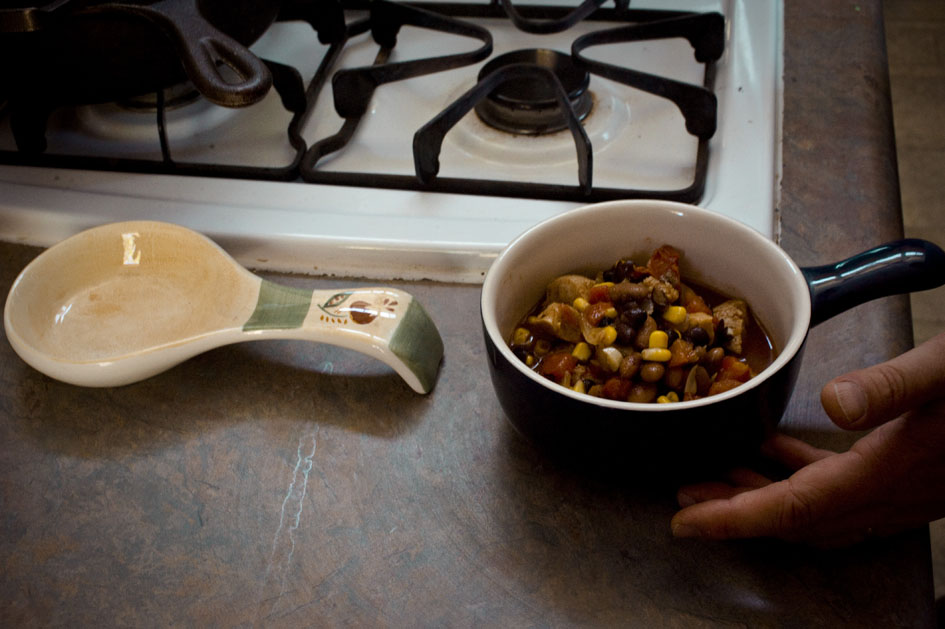 Our connection with the vegan community in Reno happened in the weirdest of ways. It started with a tweet just asking for some assistance with the tour and out of nowhere comes Sara… She hooked us up with EVERYTHING we needed for the date! She single handedly started carrying the torch, printing flyers, spamming instigram and twitter with OTC event info.. we were excited to see what would be waiting for us and we were SO HAPPY with what we found! 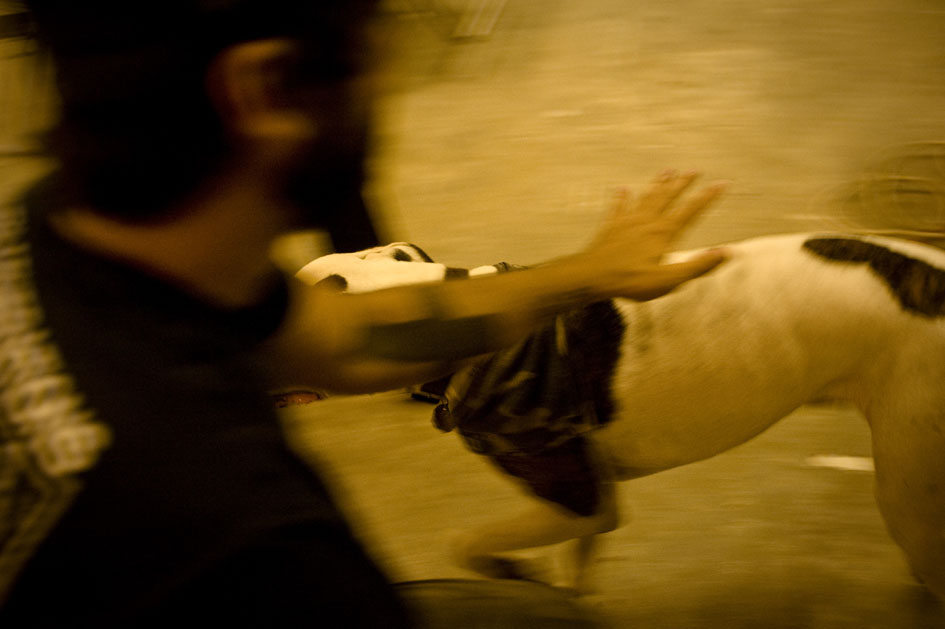 The screening was at an amazing warehouse which was temporarily converted into a make-shift movie theatre complete with converted shopping carts into chairs and a pig named Mouse who lived out back and was happy to greet all of us! The space was amazing and we felt so fortunate to have such an awesome DIY-friendly host for the screening. 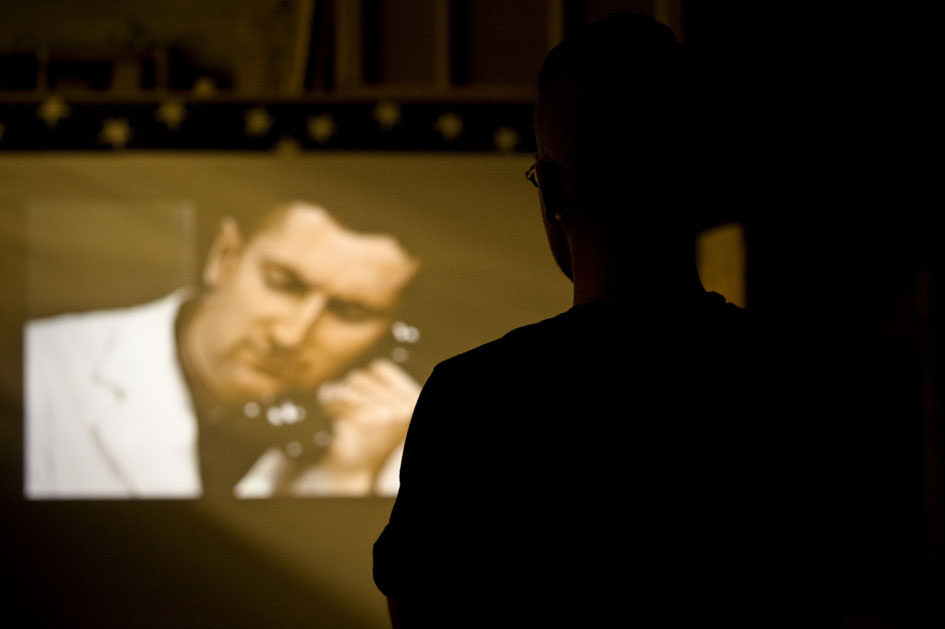 The room was about 60% full when we began but more people streamed in as time went on and eventually we ended up with almost a full house. After there was a lot of great Q and A which we did our best to answer despite being completely wiped out from our day in the desert. 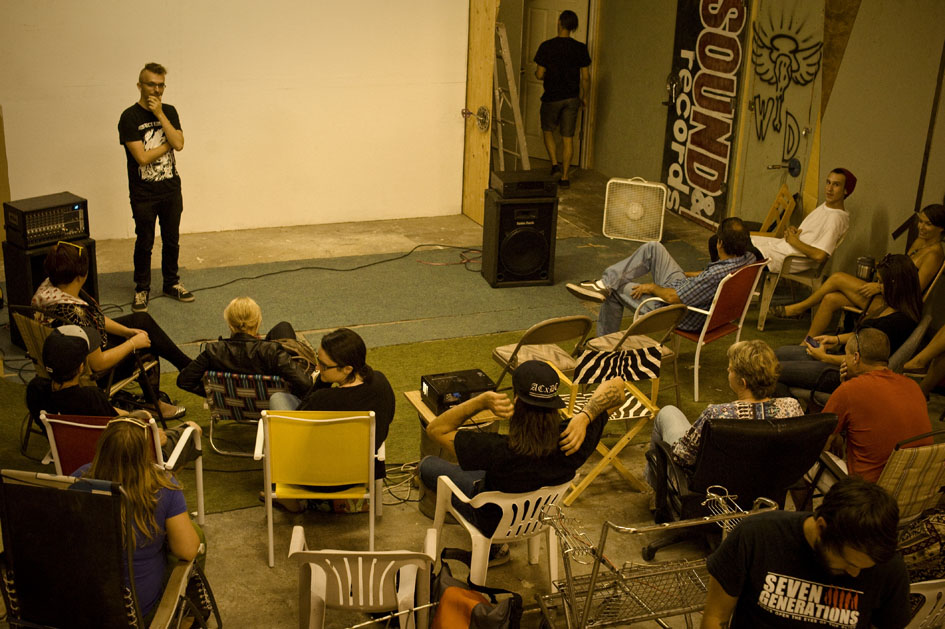 The next morning we got up and went over to the Charles River Facility which is a notorious laboratory with an unbelievable  record for animal cruelty. In this facility there was a heating malfunction that cooked a number of primates to death while they were trapped and had no way to escape. As well, a primate was boiled alive when the cage they were being held in went through an industrial washer without anyone checking to ensure it was empty first. The facility employes a large number of people in the Reno area, and we timed our protest so we would be at the front gates when many of them left on their lunch breaks and came in for shift changes. 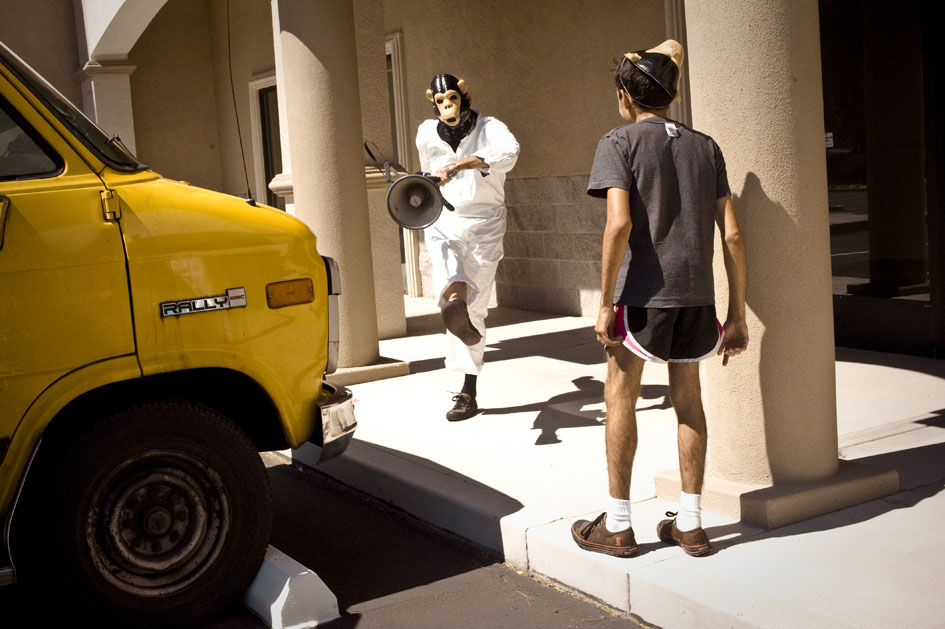 The Reno Vegans group was instrumental in getting folks to come out! (Especially Sara who helped us tremendously with organizing.) We also met some of the most eager to help and tireless activists we have encountered yet! Geofrey was also with us at every turn ensuring that all our needs were met, and generously helped us with costs and support. (Thank you both so much!) 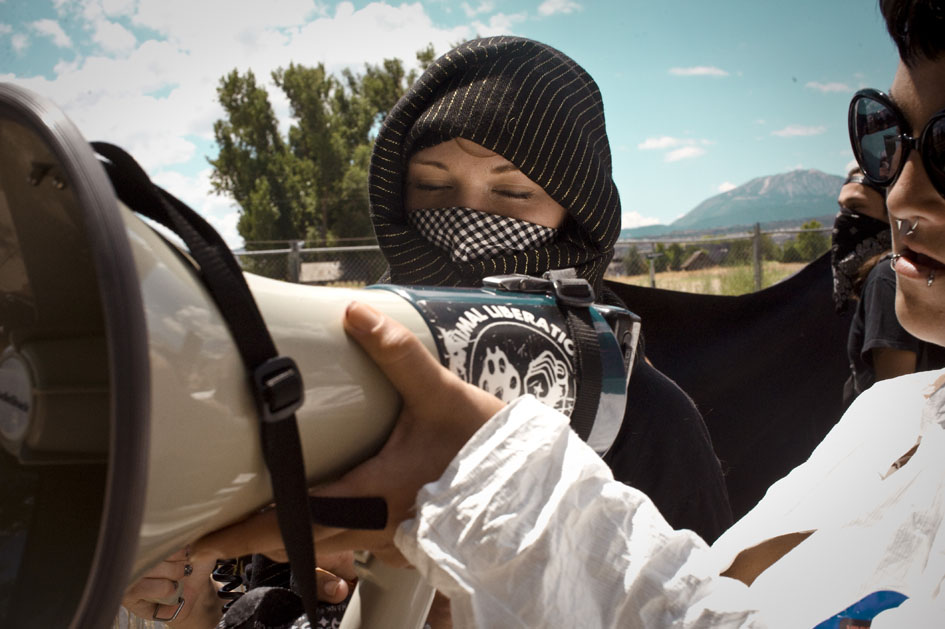 Because of this strong local base the demo was one of the strongest we have done all tour! We had over 30 people out, some in block, some families, lots of community members who have been protesting for years, and some people who were at the facility gates for the very first time! We had all 3 bullhorns going again, and were able to get quite a bit of attention from inside. We even had one fellow stand on the lawn and perch in his truck to film all of us (no need to hide sir, we’re there to talk to people, especially people on the inside of the fence like yourself) in addition to the attention from the inside we also received the best media of the tour so far! A news person from the local station filmed extensively and then did an entire segment abou the protest on the 5PM news! They mentioned the tour, our dates, the primates who were killed inside, and of course that Charles River had no comment on our being in town. By the 11PM segment we assume pressure from the facility had caused the story to mostly be killed, as when we watched it again it was gutted of all it’s critical content, any mention of animal abuse, and switched up clips from local activists with ones that contained generic statements about animal testing being less effective than it is perceived to be. We were disappointed but still pleased that the original broadcast had been so complete! 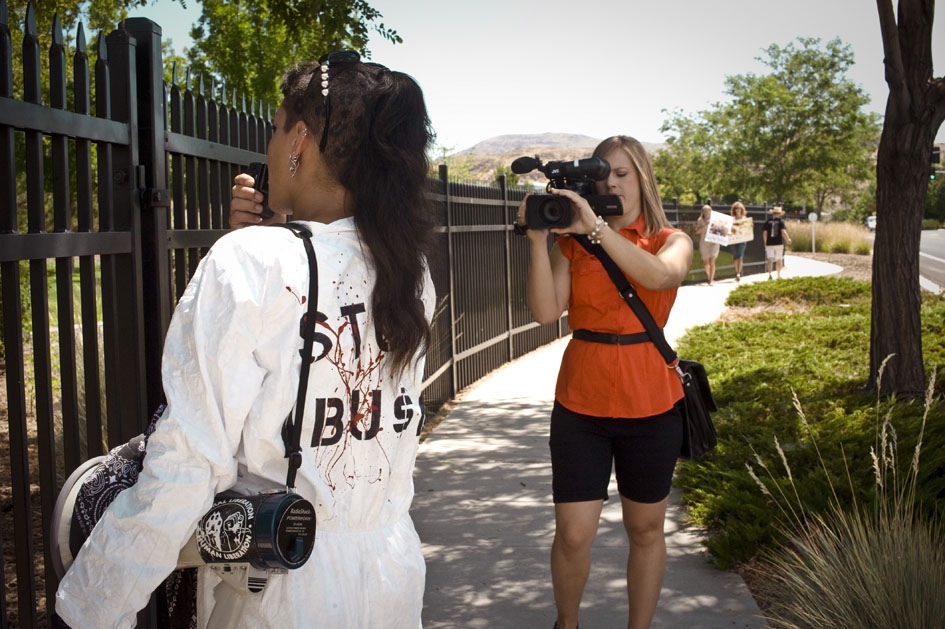 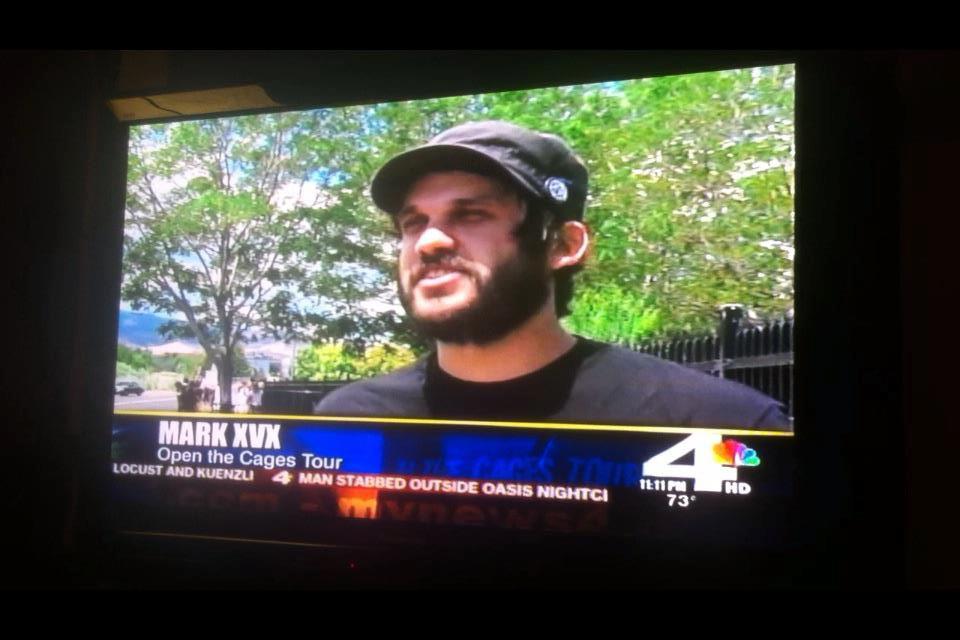 And what tour stop would be complete without some music to help make us all feel better about this fight, and to bring us all in as a community? The show that evening was at Java Jungle and just Garbageface and Mike XvX were on the bill for the evening. Karol was able to amp everyone up sufficiently by  using the entire room, climbing the tables and even going out into the street at one point! Everyone seemed really engaged, even people who had just stopped in for a coffee and found themselves inches away from a rapper intent on including them in his set. Mike played right after to the warmed up room with everyone really appreciating his lyrics about HLS and his stories about rescued animals like Natalie especially. By the time he closed out the night with a song most of us know by now there was no containing the room. The tour folks especially carried a massive sing along with him and got everyone else in the coffee shop to chime in at the appropriate parts as well as cheer and clap immensely at the end. We went back to where we were laying our heads that night with full hearts and a few delicious vegan desserts to finish off, as well as lots of warm fuzzies about the people in Reno. We look forward to seeing what all of our new friends accomplish in the weeks, months and years to come! The AR scene there is really unique, young and energized and we could not be happier to have met everyone there. 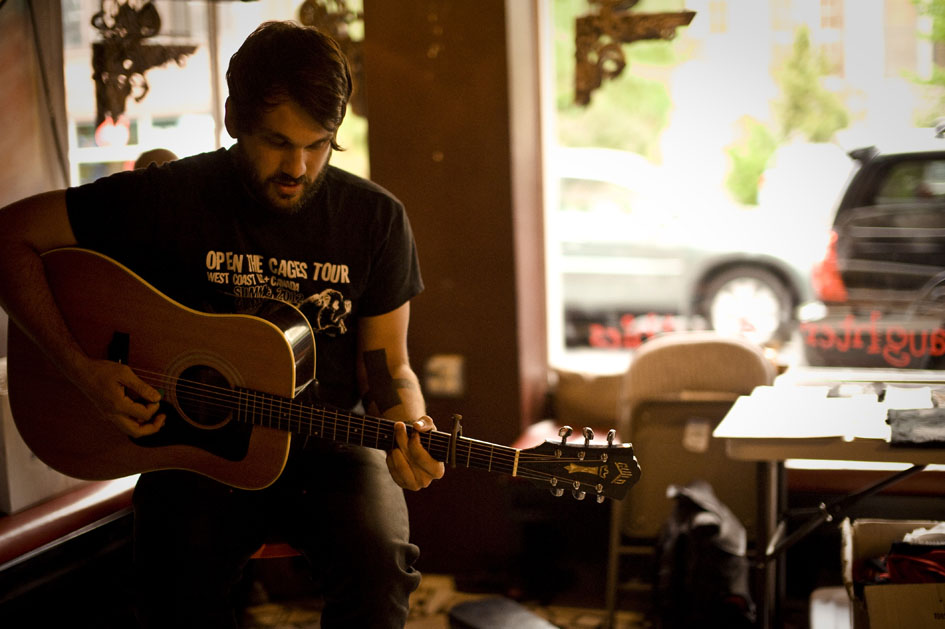 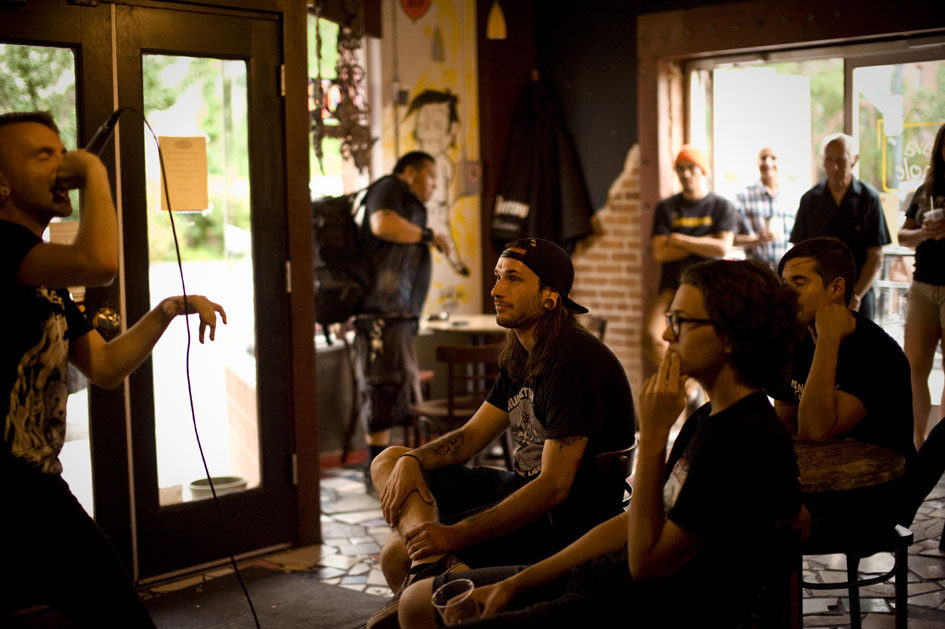 Keep up the awesome work Reno! OTC loves you!
and to Charles River: WE WILL NEVER BACK DOWN UNTIL YOU STOP THE KILLING!
xoxo
The OTC Team