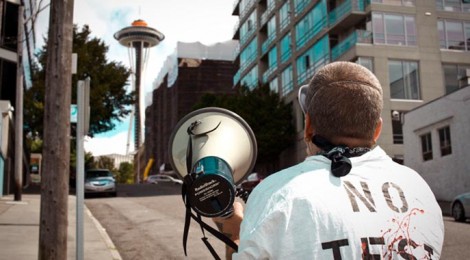 SEATTLE! We were totally exhausted by the time we reached Seattle. We had been driving since early in the morning after a breakfast of champions at the Red and Black in Portland and we got stuck in all kinds of traffic. We arrived right before the screening was set to start at the Wild Cat which is this amazing info shop with one of the most extensive libraries that we had ever seen! These folks have a really awesome space and people who live in Seattle should definitely utilize the heck out of it! 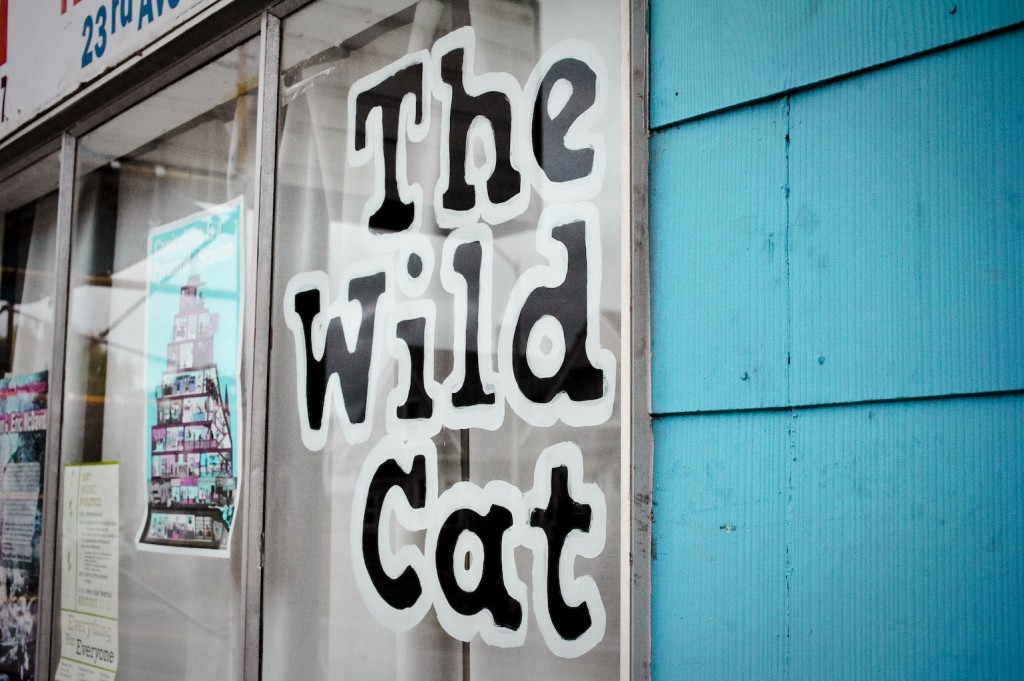 We began with a workshop which people sort of trickled in for. By the time the film began almost every chair was full! About 10 minutes in people were still arriving and starting to fill in all the remaining space. OTC Team members at one point made the decision to go outside for the film so that the space we were occupying would be free for people who seemed to be streaming in steadily even after the film had been running! We were so moved by the response! As the screening came to an end we had a really strong Q and A session, talked a bit about the demo at the UW Blue Building the next day, and then all spread out to talk with folks one-on-one. As we were starting to wrap up we heard a huge commotion outside and a massive solidarity rally marched past in support of the victims of police violence in California! Some of our team ended up joining in the march while the rest of us held down the fort with all our gear. What a politically active evening we stumbled upon! 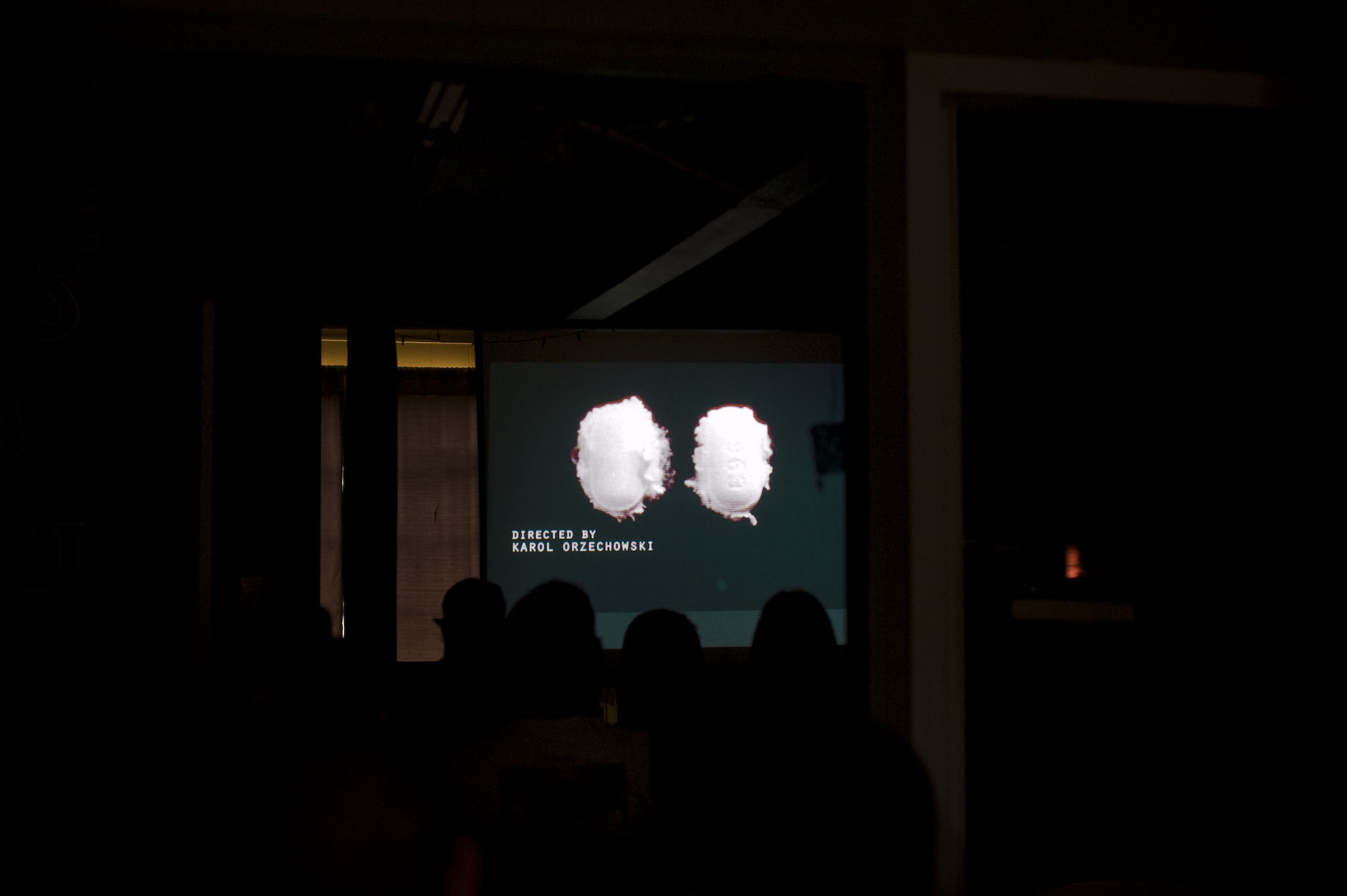 After the screening was done we settled into our friend’s place to crash for the night. He was kind enough to bake us all gluten free vegan cookies! Best host ever! We were up bright and early to prepare for the UW protest at the blue building the next morning. We loaded up the van for it’s last official tour event and headed over in the chimp masks, the lab suits and with the megaphones all charged up with fresh batteries. The Blue Building is a really unique facility as it has no distinguishing characteristics that would tip the public off to what goes on inside… but 600 primates are presently being tested on inside. The building itself touches the sidewalk and there are windows that face the street. The intercoms are all accessible from the street and there are actually apartment buildings and houses that touch/share walls with the facility itself. 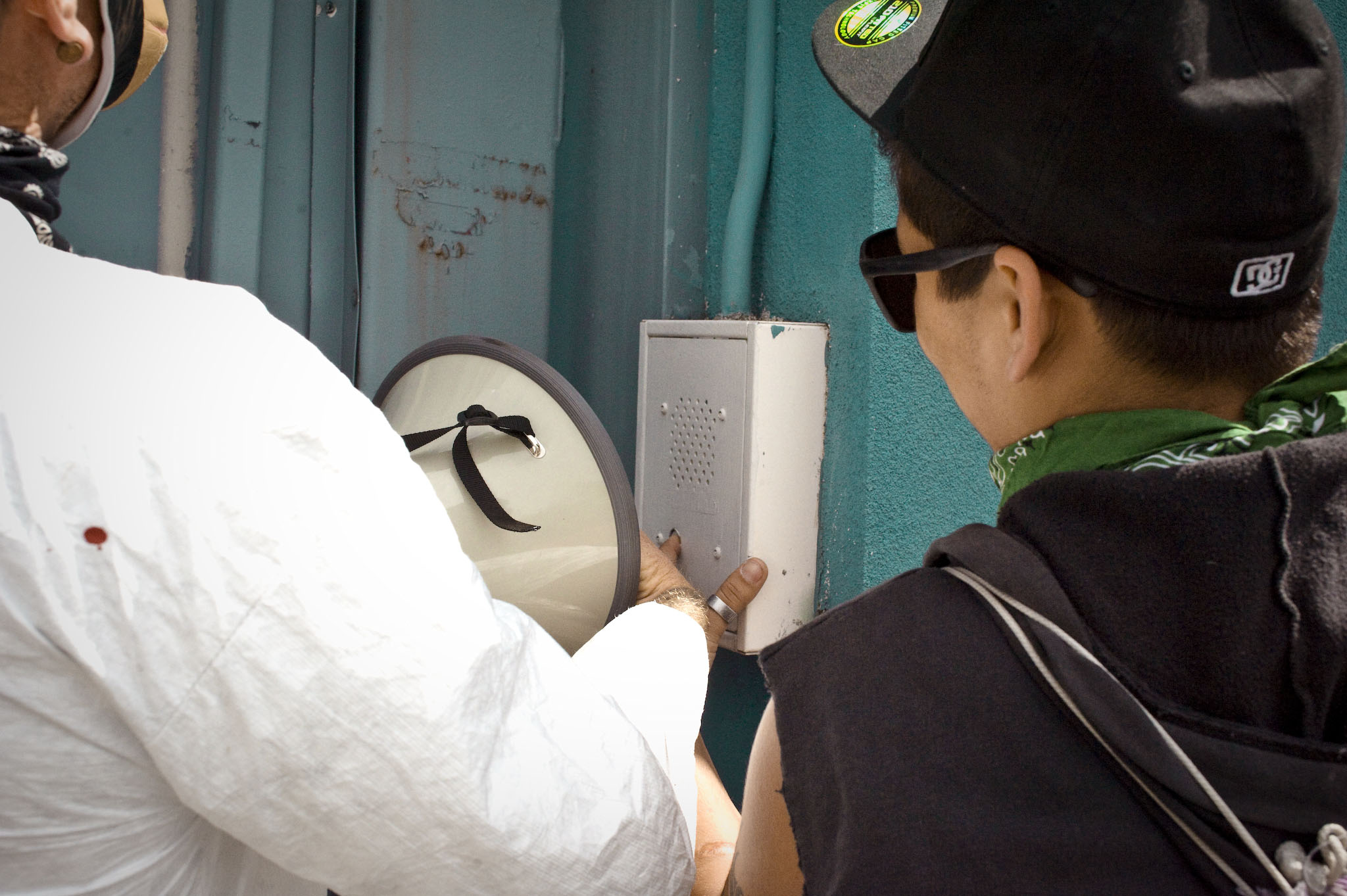 We arrived with the full siren treatment as usual, with an announcement that we had been sent to inform them that the animals were clear to be released into our custody today and that the police would be there shortly to help us escort the animals to safety. We asked the staff to comply and open the cages and bring the animals to the gate so that we may transport them to safety. All of this was standard run for us, except that across the street from the facility was an artscape and park that presently had a big outdoor yoga class in progress. They were just wrapping up with some downward dogs when we arrived on the scene, and many of the students in the class came over to see what the commotion was about. Many of them asked us to please start 15 minutes later next time so that we don’t interrupt their yoga… we told them we’d be happy to do so if they’d be willing to join the protest. ha! Most of the folks who talked to us were shocked to learn that the blue building was a testing facility, and upon learning so they took literature. 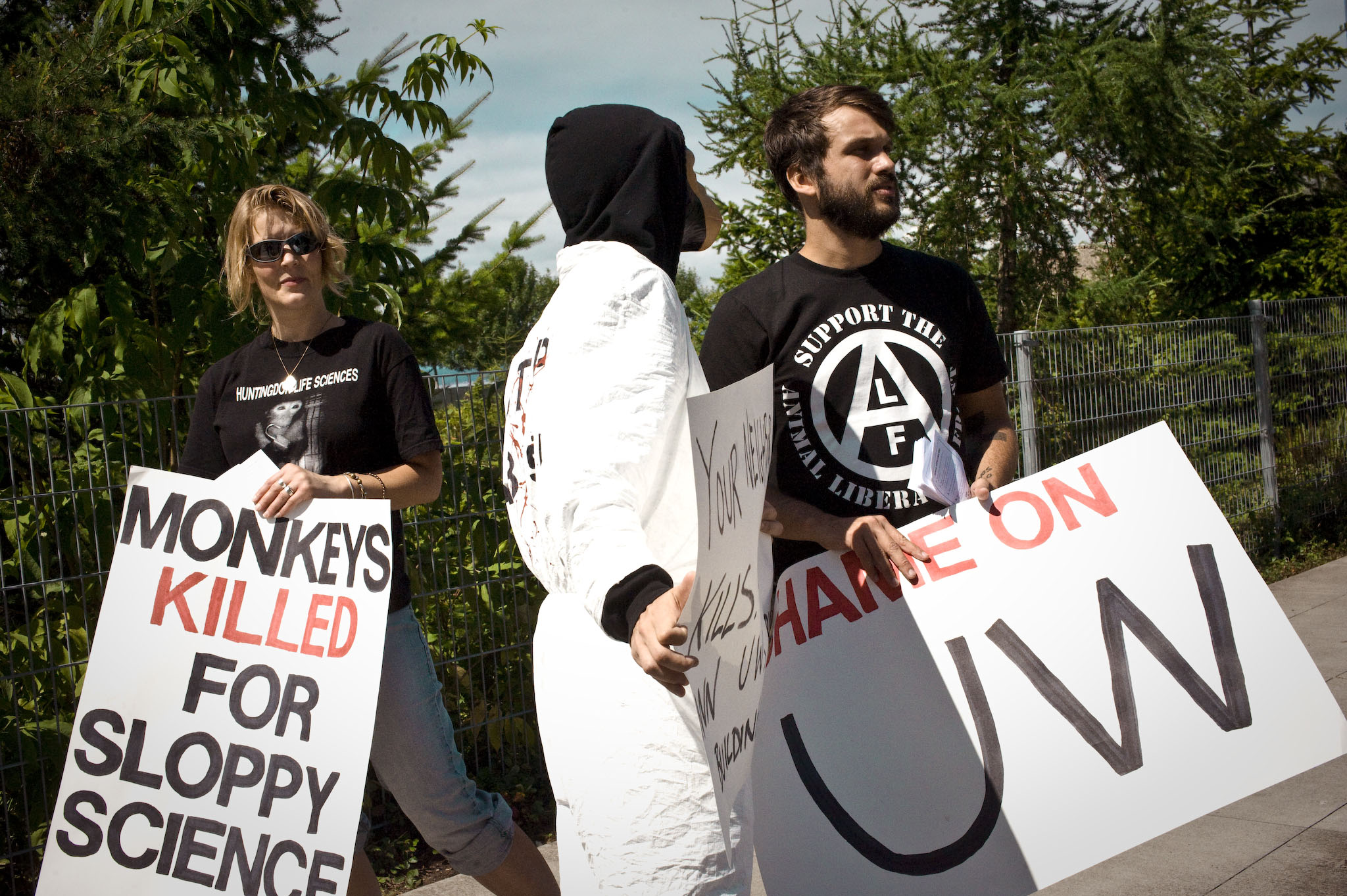 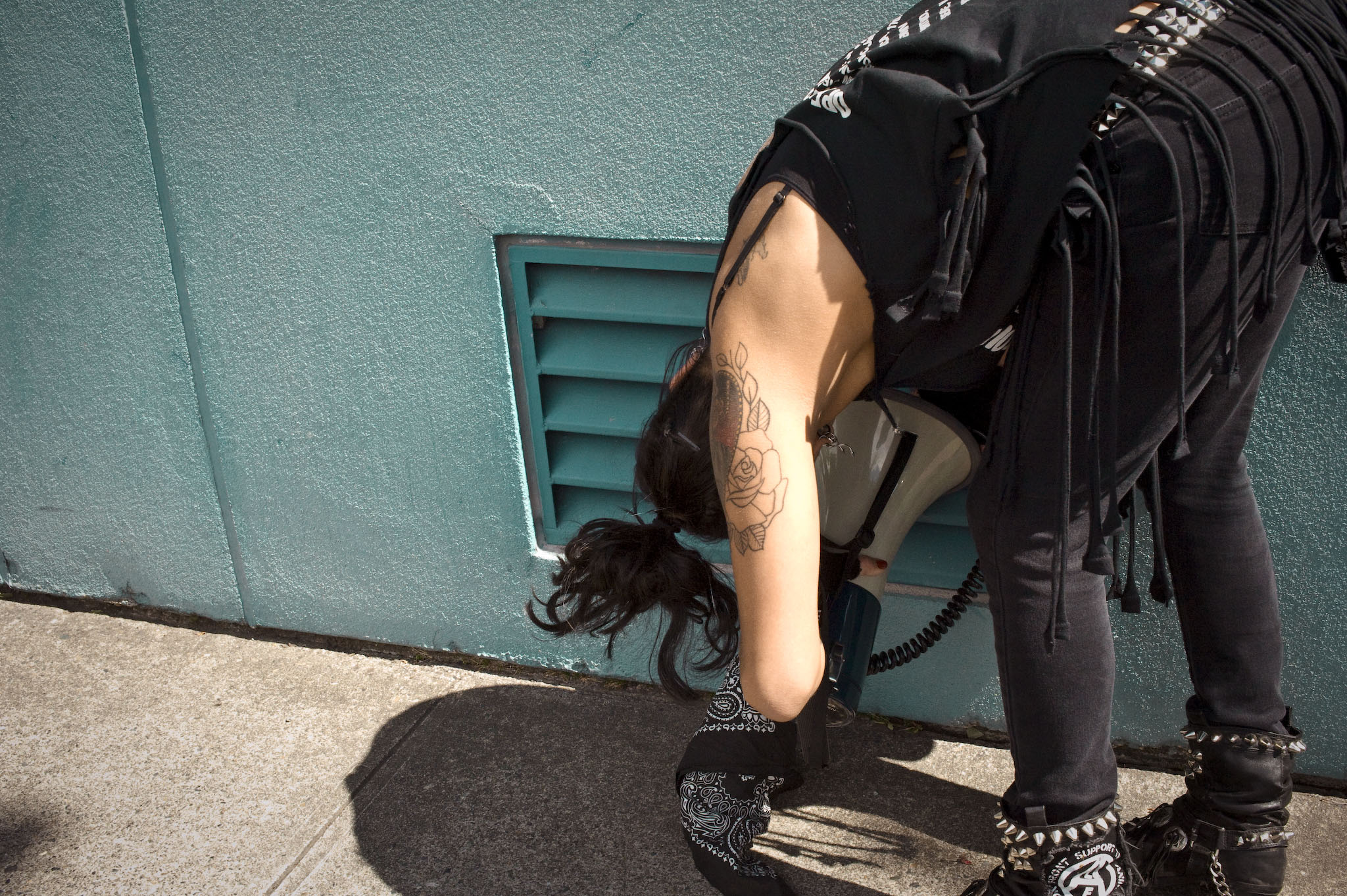 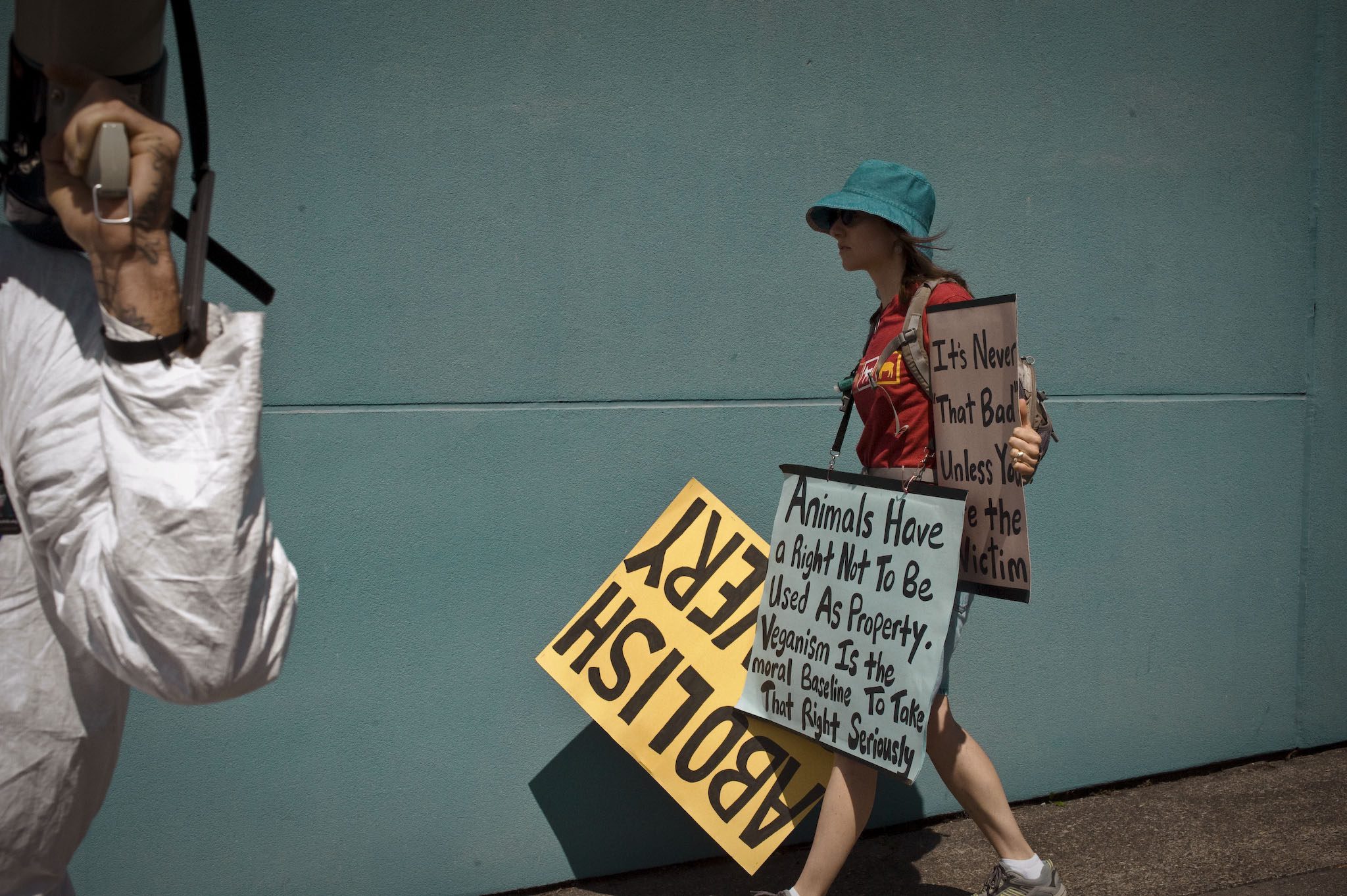 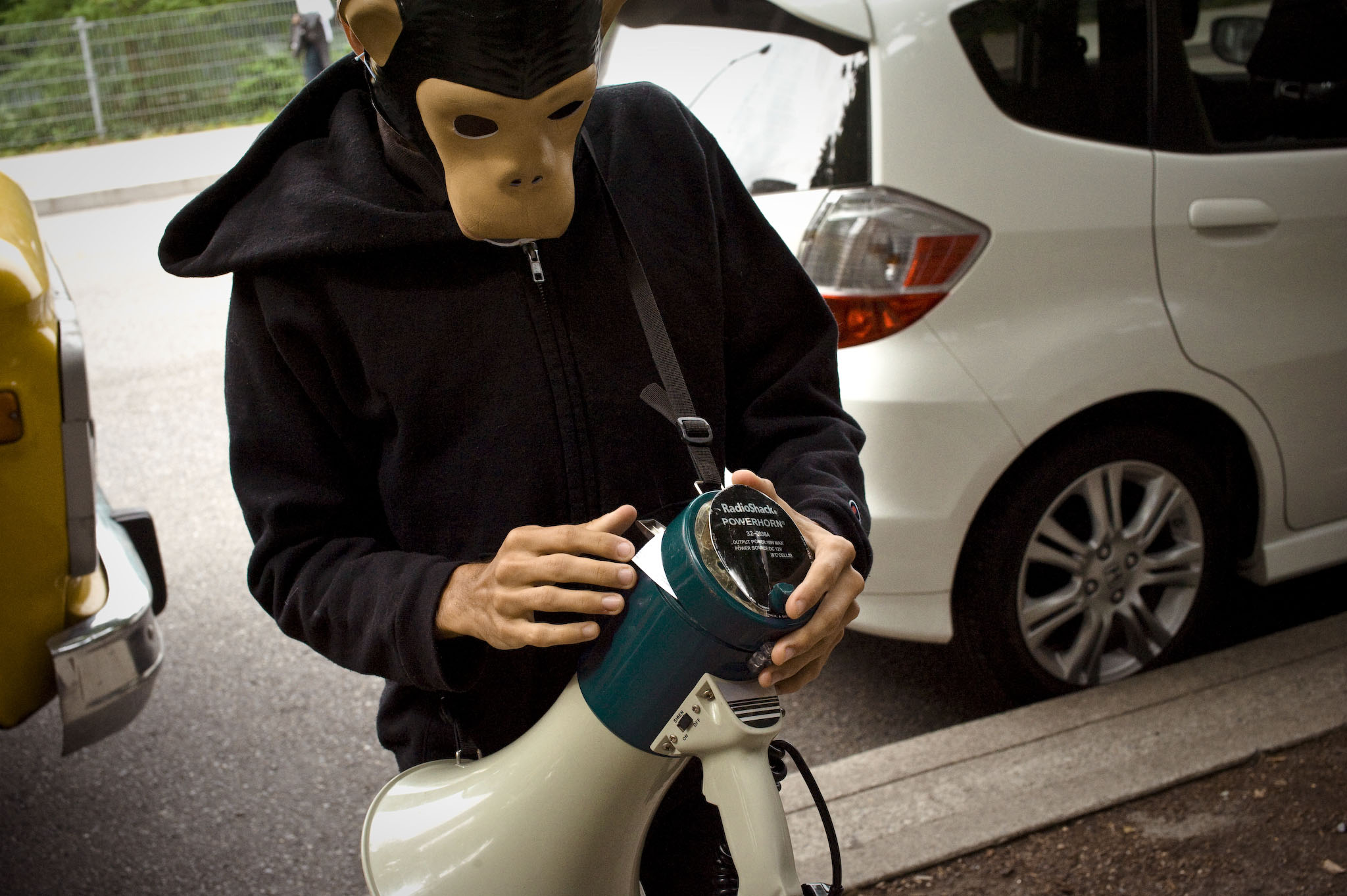 The protest was a really successful one as we got a lot of literature onto cars and into the hands of residents who live near the facility who were horrified and said they’d be sure to complain and support our cause. Sadly the demonstration did not end as pleasantly as it started. An individual who had come out to help us made some unfortunate choices in language towards some of our tour mates, insulted them while they were offering help and then later when we attempted to discuss with them their use of oppressive language (the OTC Tour operates with a very strict safer-space policy and very strongly opposes the use of any and all oppressive language, slurs, or the disrespect of other activists based on their physical appearance, gender or race) the individual who had used the language became closed-off to constructive dialogue and aggressive towards another team member. We have zero tolerance for this type of behaviour, and so we called the demo half an hour early so as not to force others to remain in this situation longer than necessary, and to deprive the offending party any further audience.

** We will be posting materials about safer spaces, oppressive language, intersctionality of struggles/oppressions in the near future as it is a very serious issue to us and many other activists when someone makes choices that alienate or oppress people that are fighting alongside them. Had we not been so close to the end of the scheduled time period we would have asked the other party to leave. We encourage others to speak up when someone in the community is acting out of line. Strong communities are inclusive, weak communities are exclusive. ** 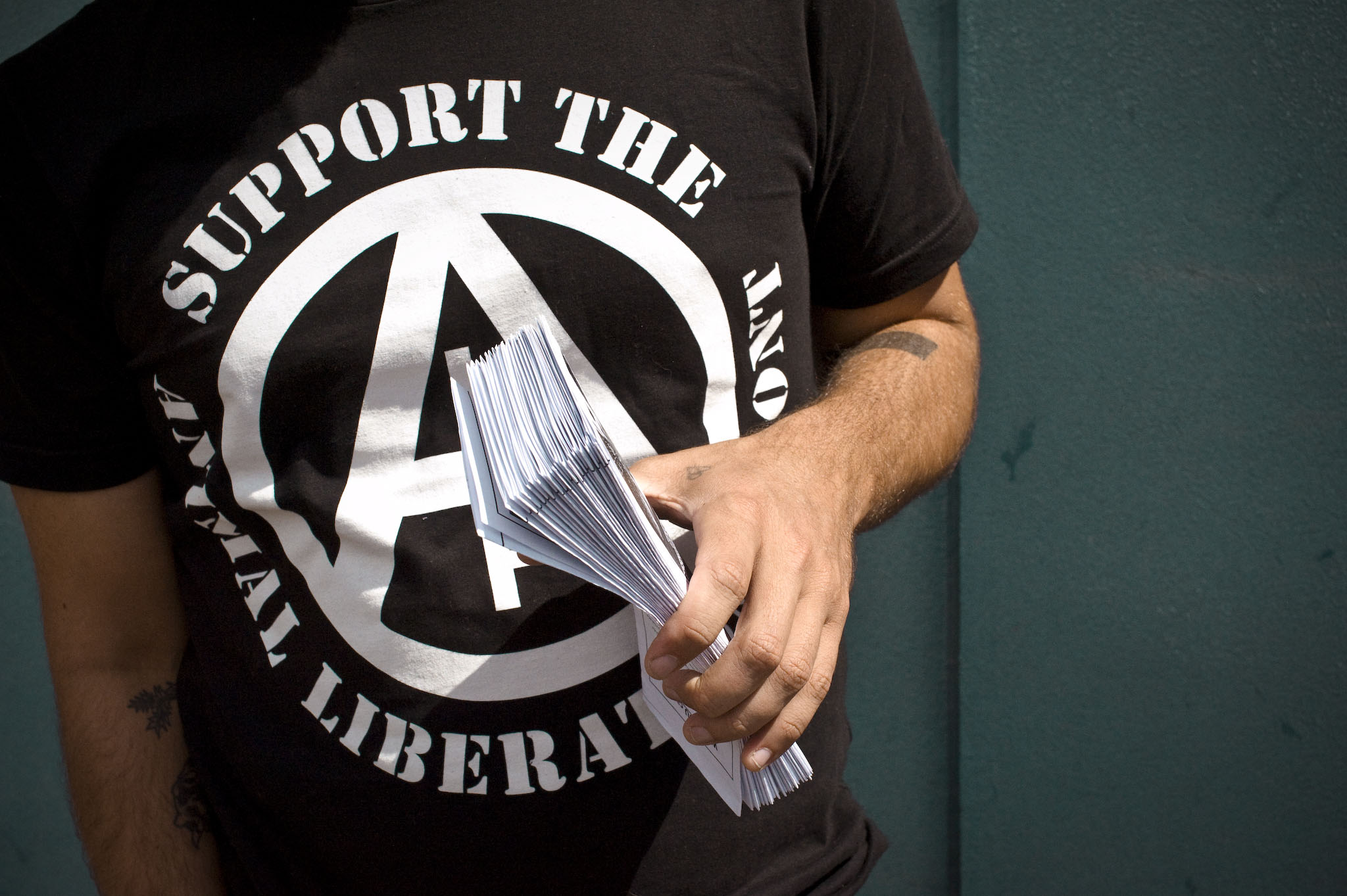 After the demonstration had wrapped we headed over for a massive post-demo lunch at Wayward where we took up an entire wall of the restaurant with our tables all pushed together banquet style. It was our last communal meal and a goodbye to a few of the American activists that wouldn’t be crossing into Canada. We hugged the van goodbye, packed our things into carry bags, shed some tears, took some pictures, promised not to lose touch after graduation… you know the drill… and then two of us hauled a heroic amount of stuff onto an overnight bus to Vancouver, and two other team members drove the van back to it’s home in Portland. We all met up again after only minor border trouble in BEAUTIFUL VICTORIA BC!!!!! 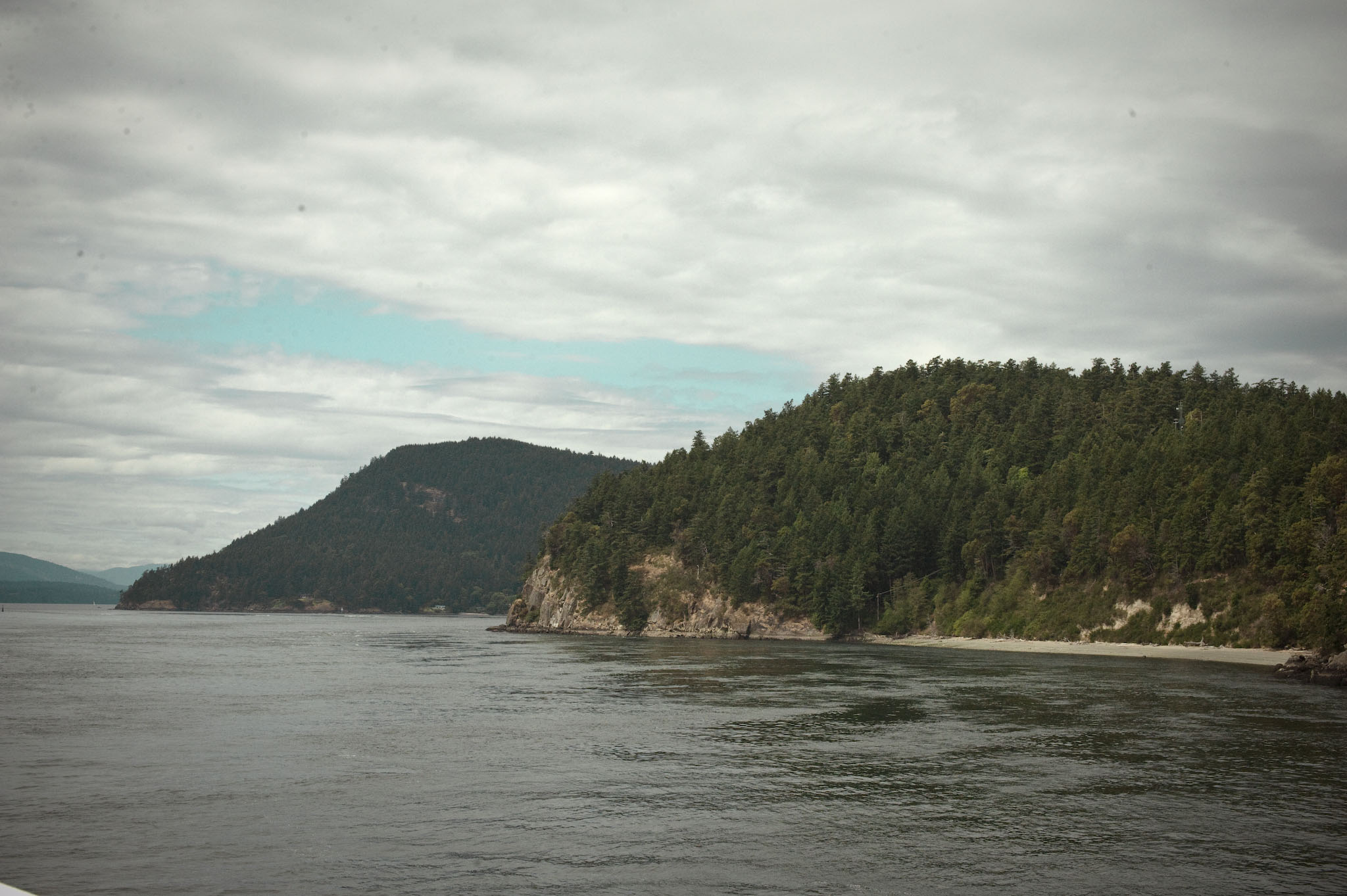 Thank you to everyone who came to an american tour date! We love you all and you have inspired us to keep fighting and keep these tours going! Next up: CANADA!