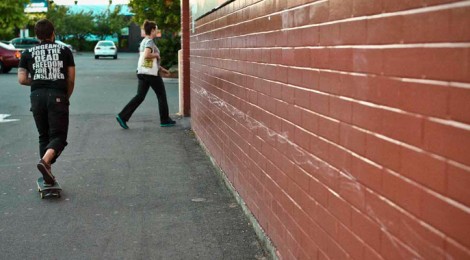 After crossing the border in two groups (without our van any longer) the team met up again in front of Camas Books with all of our stuff in tow. After a bit of border drama with the American’s on the tour, we were officially in the North! Victoria is a gorgeous place with mountains, lots of swimming, beaches full of tiny crabs and friendly dogs, as well as places to get delicious vegan pizza! 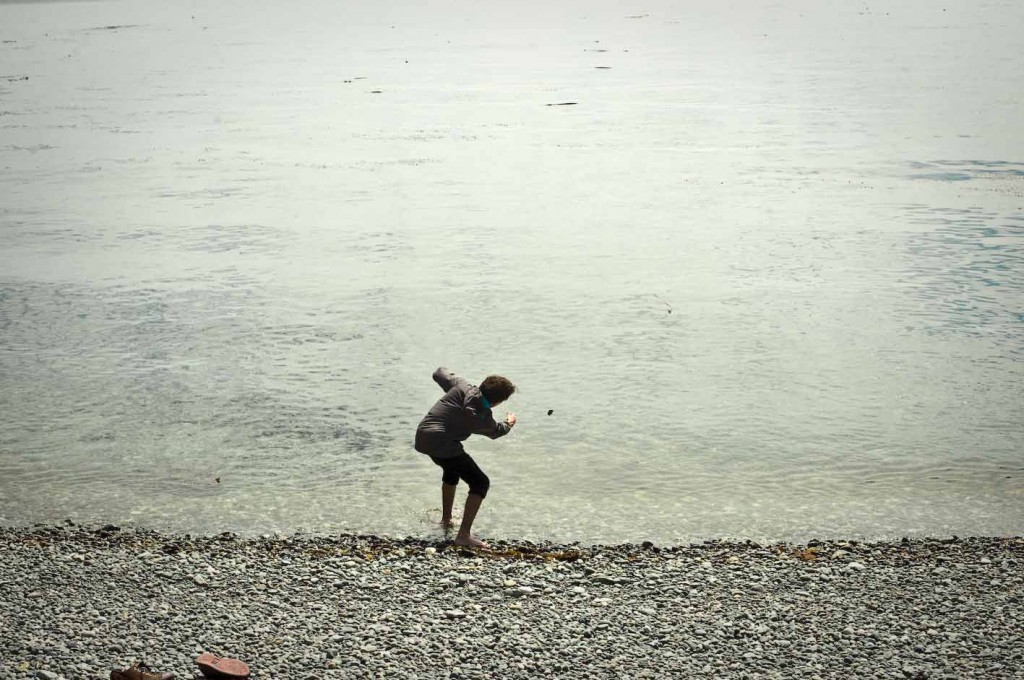 We had a down day the first afternoon we were all in Victoria so we spent it making chocolate Zucchini cookies for our awesome hosts! We also had an awesome midnight swim at a totally deserted lake just outside of the city, so by the time the screening came around we were all sufficiently rested up. AND we had a Sarah Kramer spotting! 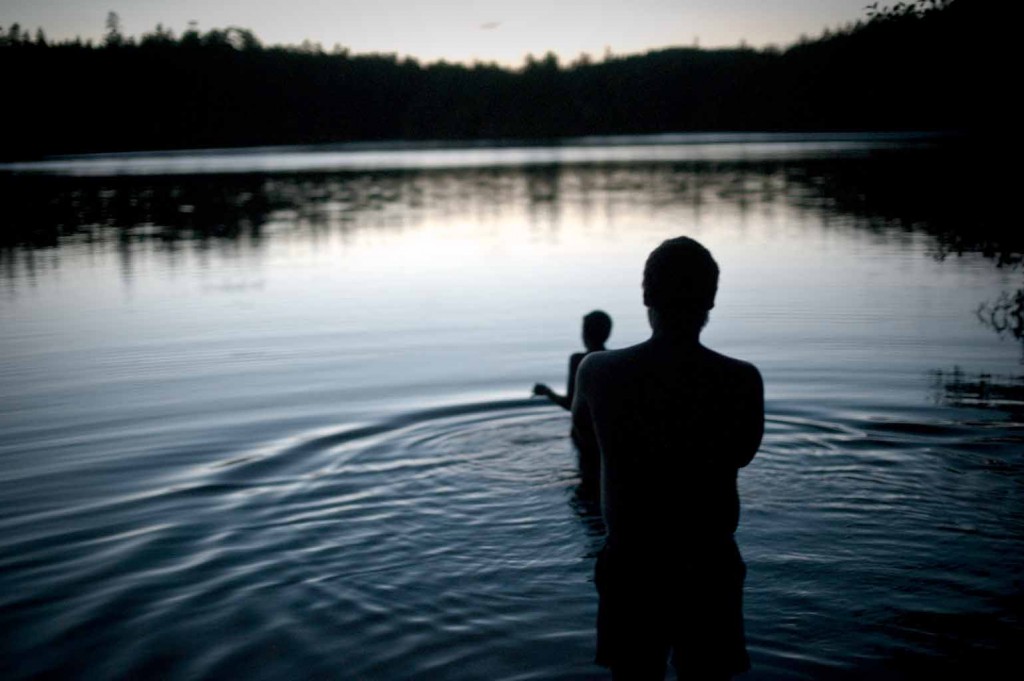 The screening was extremely successful with the whole space packed right to the back. We had lots of people come out who had not been to the Camas space before, and people expressed to us that they were glad to know that it existed in their community as a resource. The space had their volunteers bake a whole bunch of treats to sell, and the vegan cupcakes they had were straight up some of the best ever. After an extended Q and A we packed up the space and went back to our friend’s spot for the night. 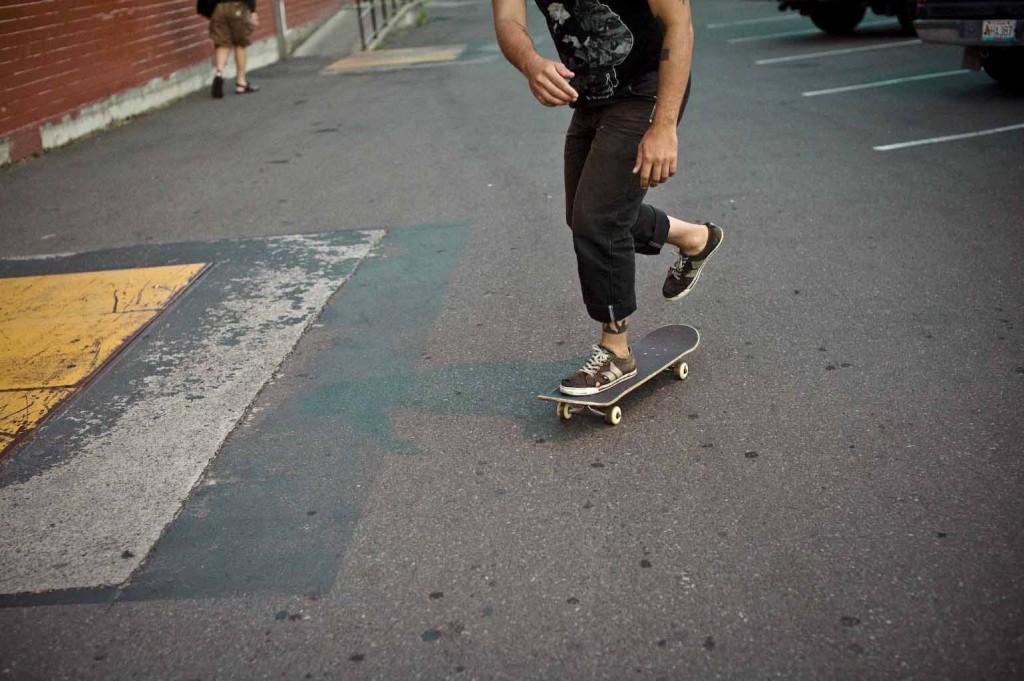 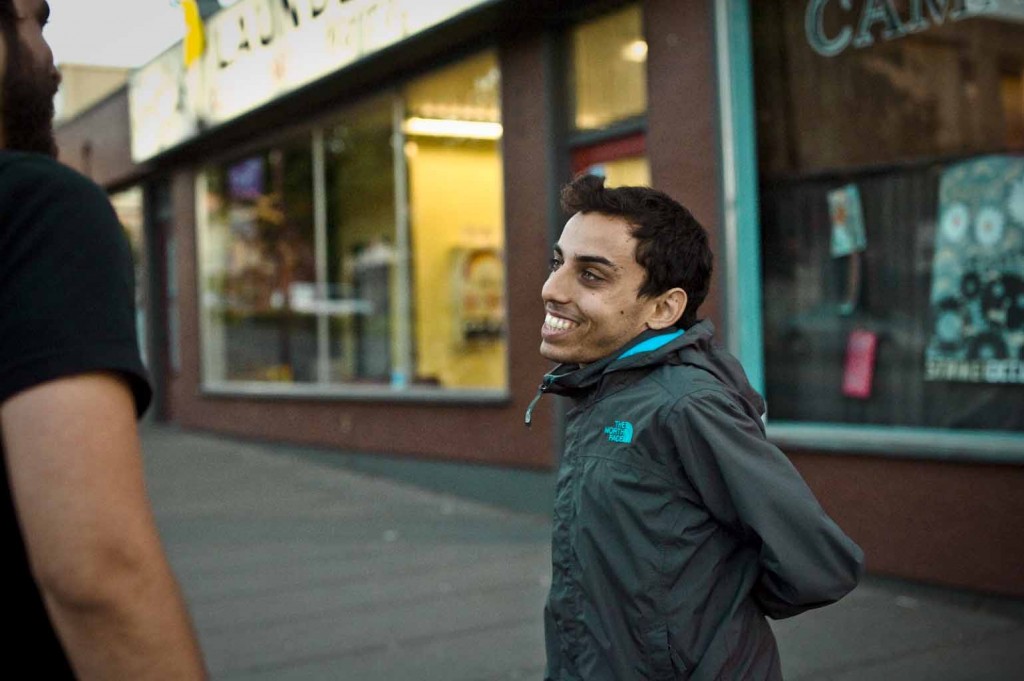 The next day was the music show. Mike had discovered a crack in his guitar’s headstock so after trying to get it repaired without luck we had to find one for him to borrow. After a day of running around we arrived at Camas for the music event. The evening was stacked with storytellers, poets, banjo players and as usual Mike XVX and Karol/Garbageface  to close out the night. 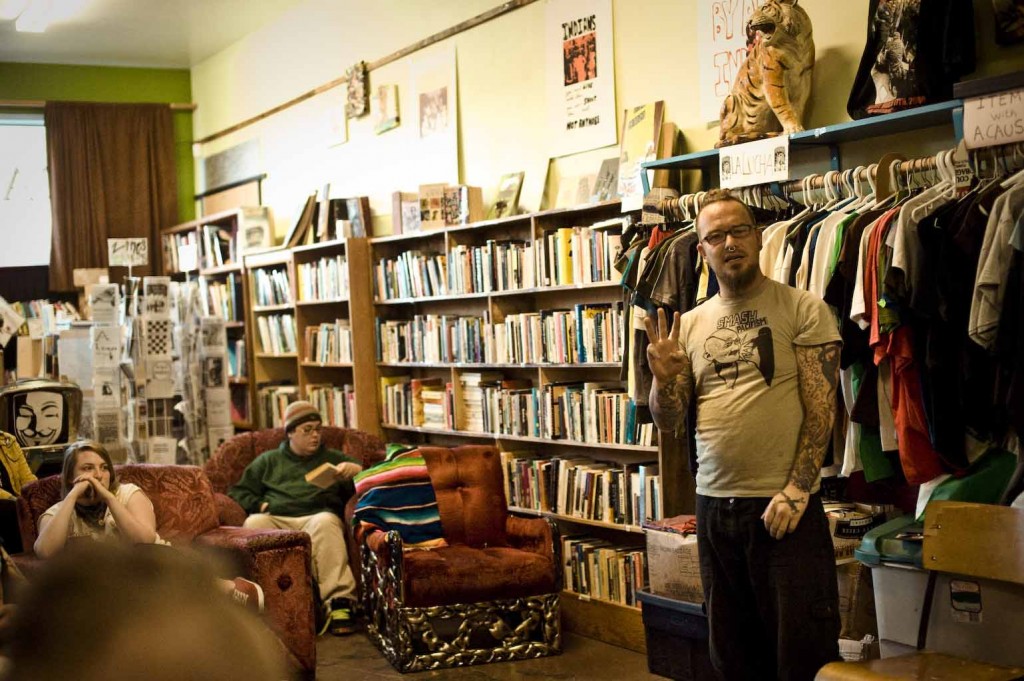 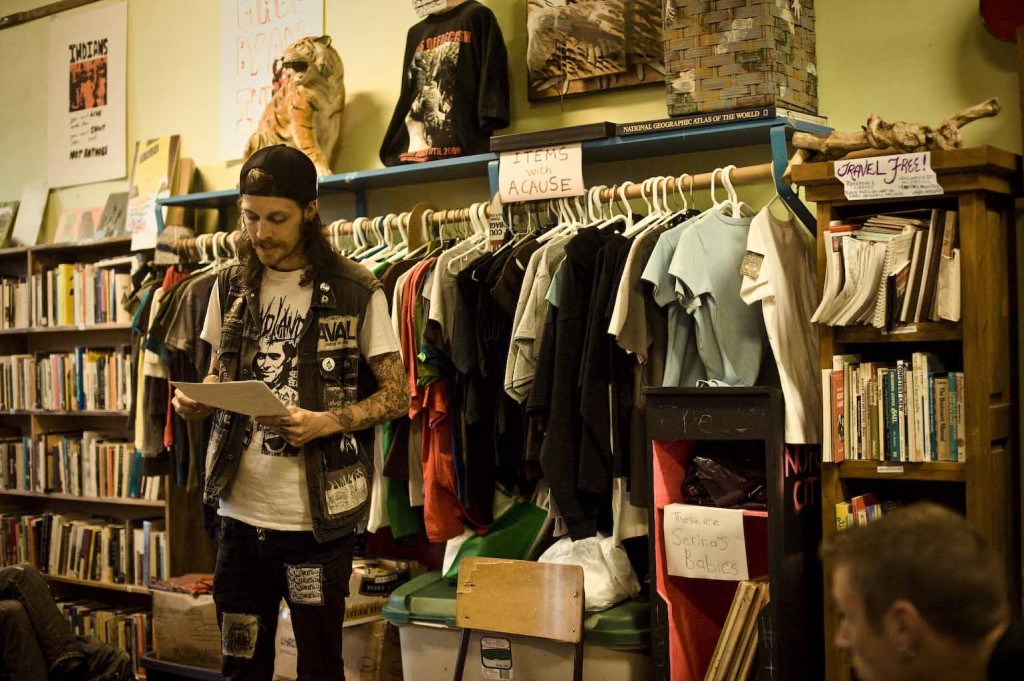 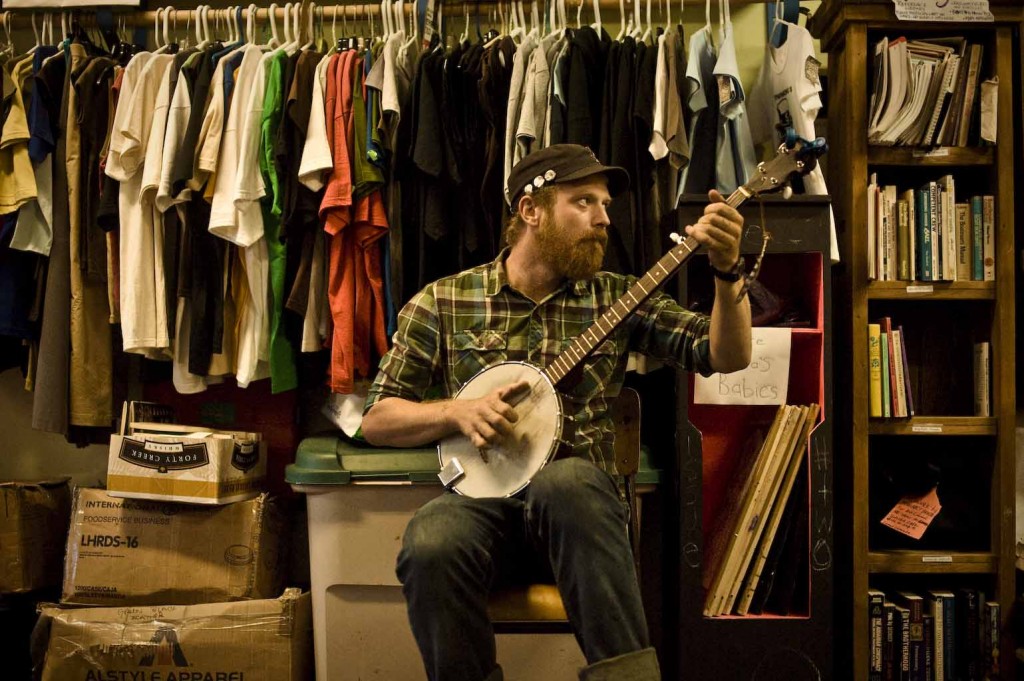 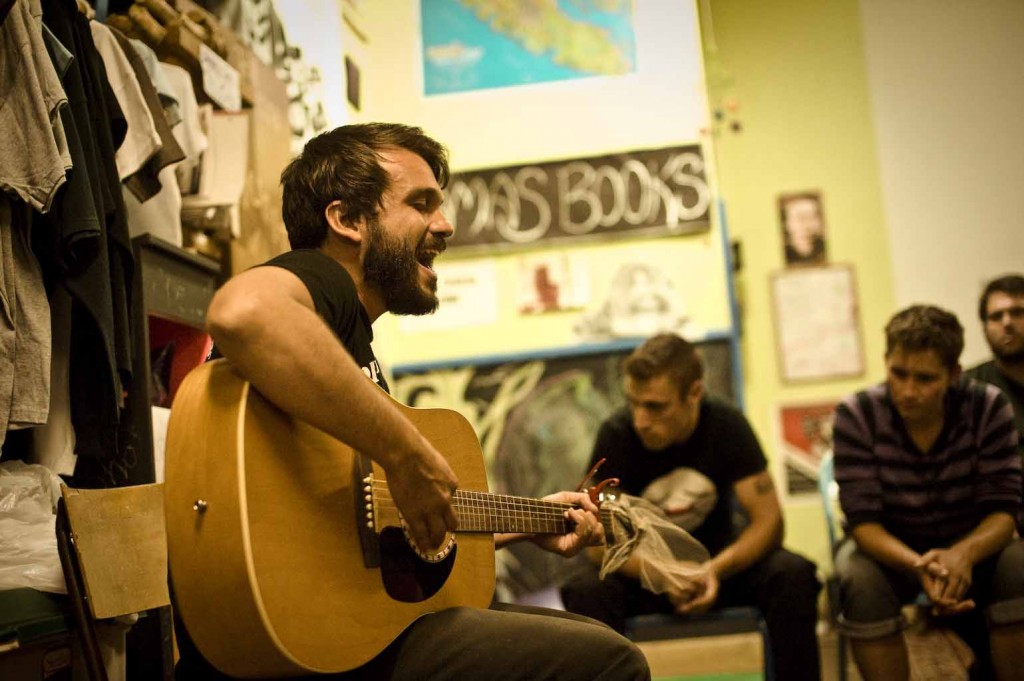 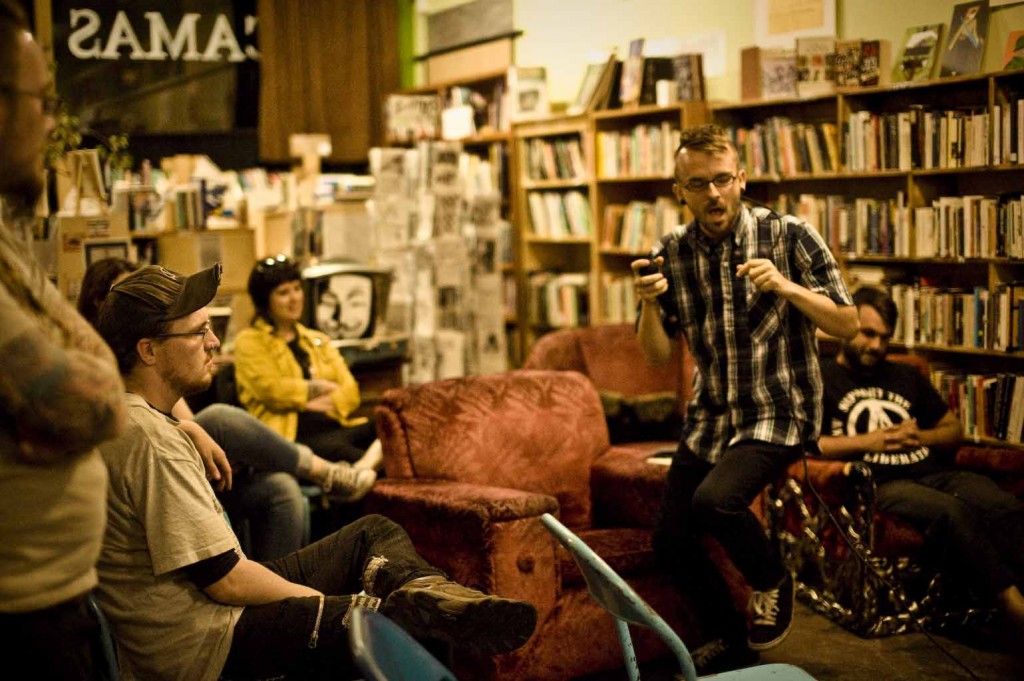 Victoria was an awesome time. We had all found a little slice of paradise! It was a perfect spot to have had our second last show. After a long bus and ferry ride (and watching seals playing all along the coast!) we made it tired and weighed down with gear to Vancouver.